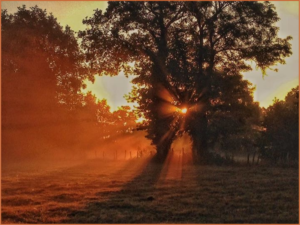 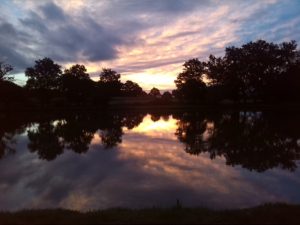 In all our nature the Sun is perhaps the most prominent object in myths and legends all around the world and throughout time. The importance of the rhythms of light and dark and warmth and cold were recognised, although not understood, by earliest man. Our very survival depends on the Sun and as far as man could see, the Sun comes and goes either bringing or taking away its life-giving resources.

Ancient man noticed that the Sun did not rise and set in the same place nor rise as high in the sky in winter. With no understanding of the movement of the Earth, explanations centred around the Sun moving around our world seeming to come and go. We can understand how the light became a symbol for goodness, life, positivity and dark became a symbol for fear, death and evil.

Sun gods can be found throughout history in every corner of the globe and in the more northern countries the effects of the lightness and darkness were so profound that there was real fear in upsetting the sun god. To early civilisations it was hugely important to please the Sun, to provide gifts, to honour and to revere. Nothing must be done to upset the Sun as if displeased it could go forever.

Those observing the changes of the seasons realised that there was a point of change in mid-winter and mid-summer and they explained it by the sun stopping and changing direction from travelling south to north. The word solstice comes from the Latin to mean the sun standing still. It was at these two mid points in the year that the Sun appeared to stop for a few days and they became the most important festivals of pleasing the sun god to make sure it carried on with its journey.

Winter brings the frozen earth, dying crops, short days and long, dark cold nights. Little thrives in the winter months and survival was hard in northern countries of Europe. The winter solstice became the most important time of the year as people created elaborate rituals to ensure that the Sun would return and bring back the warmth necessary to maintain life. The long, dark night of the winter solstice, the turning point of the Sun’s journey, was seen as the moment the light was reborn and the new year began and came to symbolise, birth, death and rebirth.

Perhaps the most prominent legend to have survived is that of the Norse Goddess Frigga. Frigga gave birth to her son ‘the young sun’ Baldur. This was symbolised as giving birth to the light in darkness and in Northern Europe the longest night is also known as the Mothers night. Throughout the world gods and goddesses of light were born during the winter solstice bringing hope and a promise of the return of the warmth and light of the Sun in the New Year.

Horas was born to Egyptian goddess Isis, Mithras the unconquered Sun of Persia and Amaterasu the Japanese Sun Goddess were born and the birth of Lucia goddess of light is celebrated across Europe at this time.

Hestia (or Roman goddess Vesta) doused and then relight the hearth fires and in Scotland Wish Night is when wishes are at their most powerful time in the year. On the night of the solstice Rhiannon the Celtic Mare goddess rides through the dreams of the people, helping to make their dreams come true.

By understanding the harshness of the lives of ancient people in Northern Europe, we can begin to understand the importance and enduring nature of the myths and legends surrounding the winter solstice. 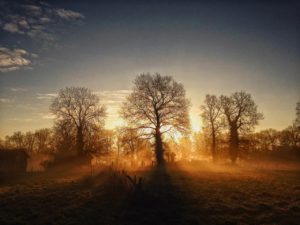